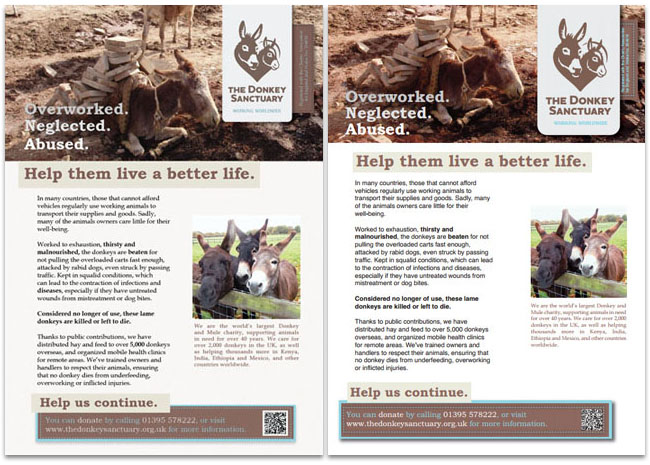 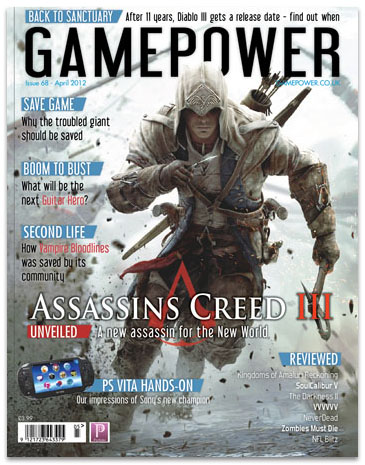 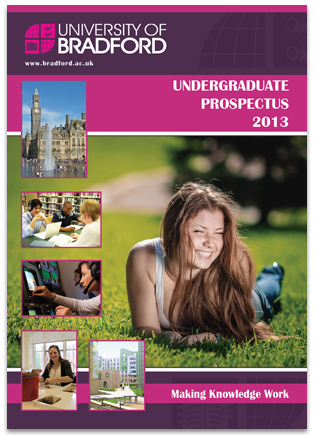 Next is a Prospectus cover for the University of Bradford – A mixture of its appearance back in my day, and the ones they currently distribute. Check out the watermark down the right-hand side, in the dark purple bars. 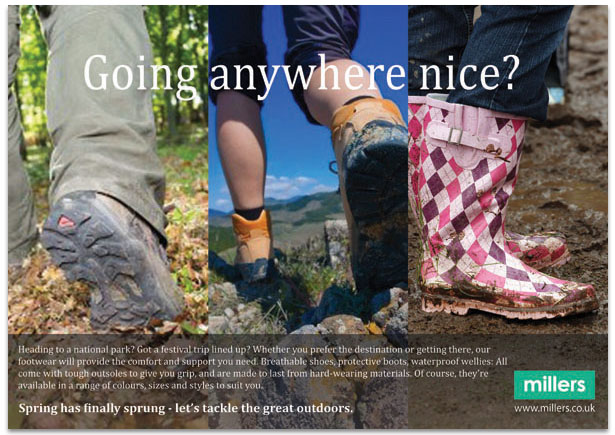 This is actually a preferred yet alternative take, which sprung to mind while composing another advertisement for the same outdoor retailer. In a further amendment, the main paragraph originally began “your hairdresser’s prime question – so what’s your answer?”. 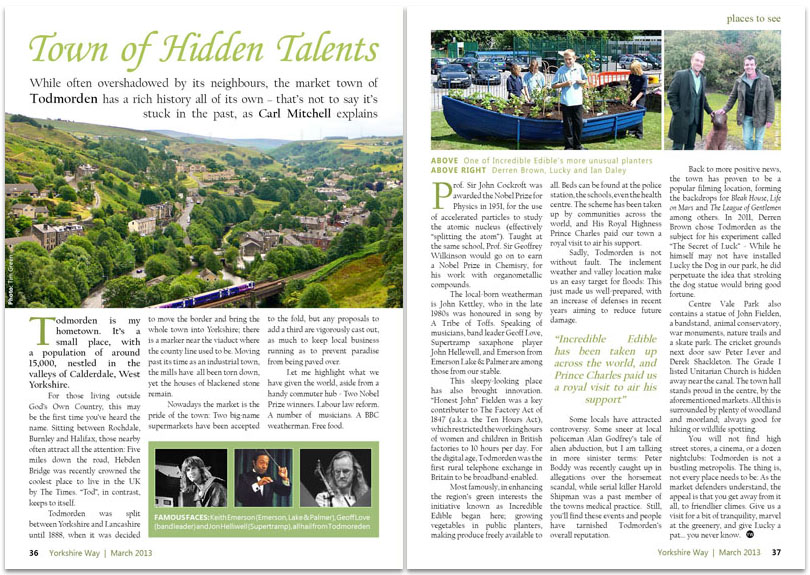 Playing journalist, I wrote the copy on this magazine spread as well as composing the layout. I learned while researching this that Countryfile magazine does not keep a consistent style across its articles – perhaps they are aiming for a “scrapbook” feel. And yes, I have been to see the Lucky Dog statue mentioned in the above. 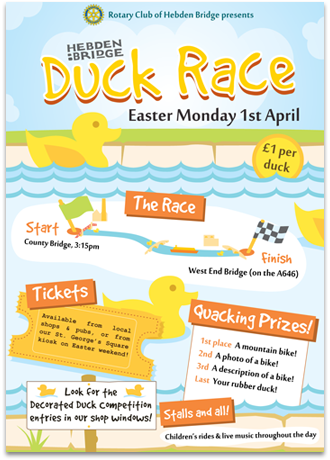 Finally… OK, I admit this looks like an illustration. Let me point out that the bridges on the poster’s map resemble the actual bridges used for the race, and surprisingly, it took a bit of digging to determine which two bridges they use.

I’ll be filtering these into my site and PDF portfolio (itself arranged in InDesign) while getting my Quark knowledge bulked out. We’ve reached the end of this edition, so here’s your answer to the opening reference.