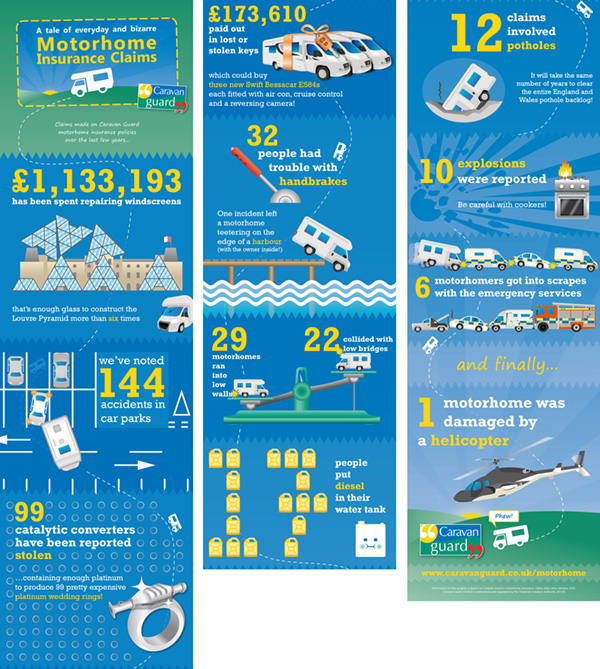 END_OF_DOCUMENT_TOKEN_TO_BE_REPLACED

In February I started working for Caravan Guard (and it’s sister company Leisuredays), a medium-sized, family run insurance company. It’s no secret: My CV’s available on this website, after all. I’m in the Marketing department… as a Graphic Designer. Last month I moved to ‘Permanent contract’ status.

I’ve been doing a huge amount of wonderful stuff, both straight-laced and silly, for both the Leisuredays re-branding and more general tasks. Making the sky blue on overcast photos. Adding and removing signs. Removing people. We’ve got new and updated booklets, flyers, folders, tiny stickers and big banners into production. I’ve made a truckload of icons, graphs and graphics, while correcting and refining the existing sets. I even got talking cows into a milk-bottle shaped mailer.