Part 1 was about the largest (and most fun) props from the Stag Do I hosted last month.
Now onto part 2, which focuses on the smaller props and accessories I made for the par-tay… 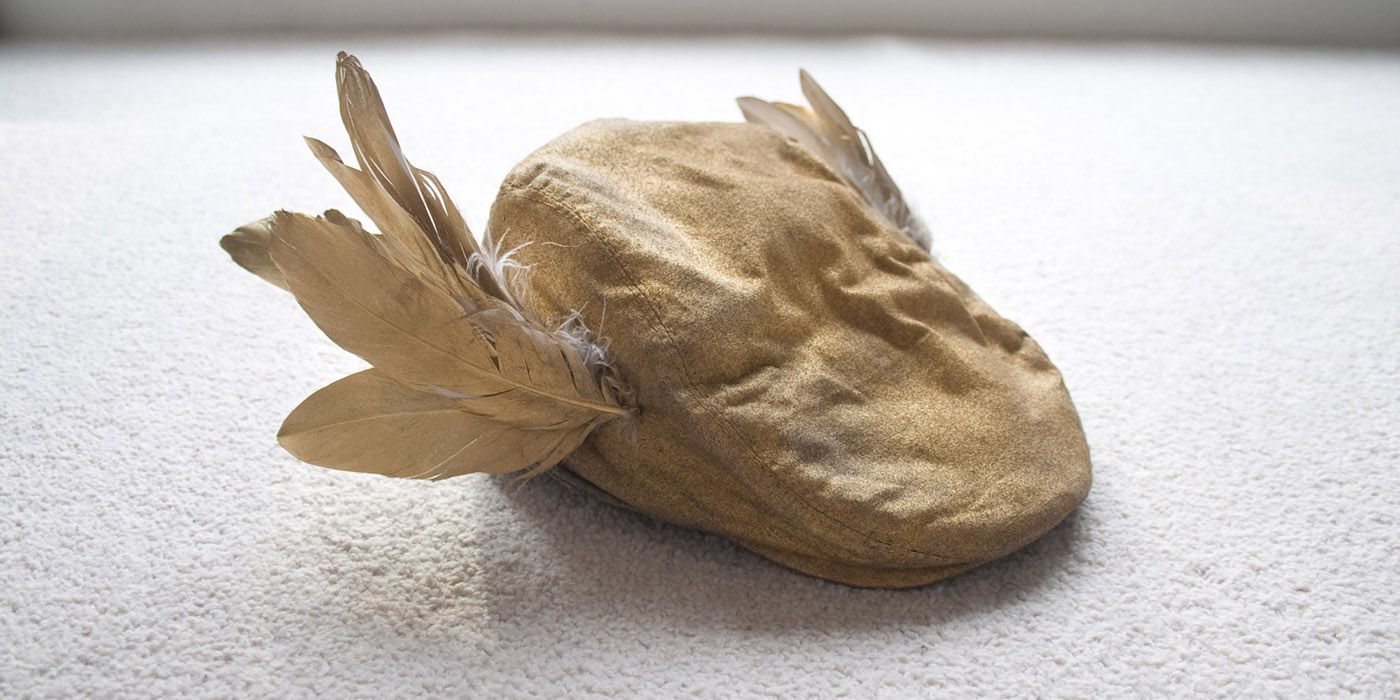 The Groom needed to stand out from the rest of us plebs. Sashes are for hens, and this was not the kind of group to all go out in full costume. I ruled out the ‘Helmet of Justice’ from Knightmare because, well, you can’t see where you’re going. That would get old fast.

Being a Discworld fan (and he’s a bit of one himself), I plummed for a Moist Von Lipwig inspired hat… with a bit of local hero Fred Dibnah mixed in. 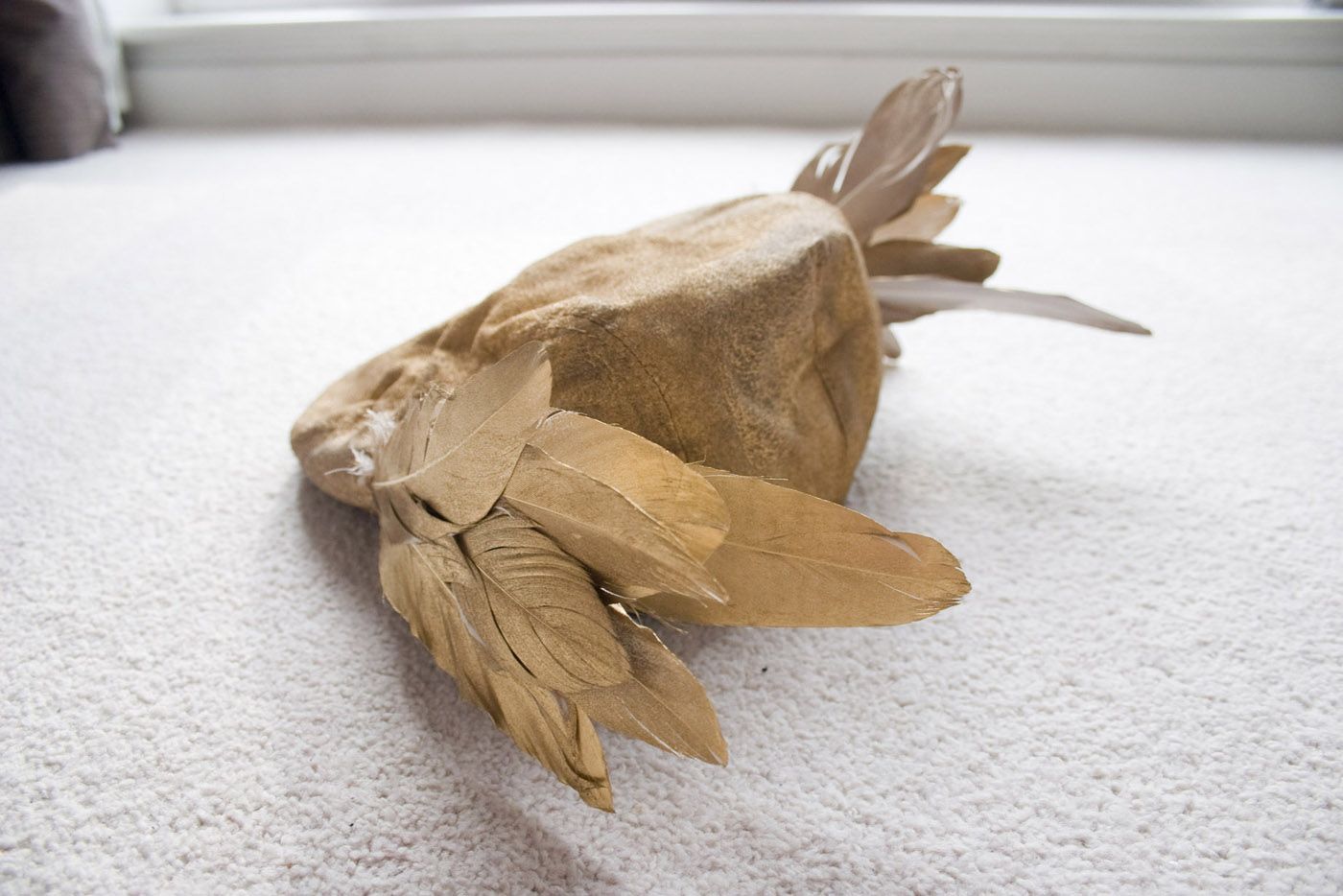 The base hat was a flat cap from Primark. Four reasons led to this choice: 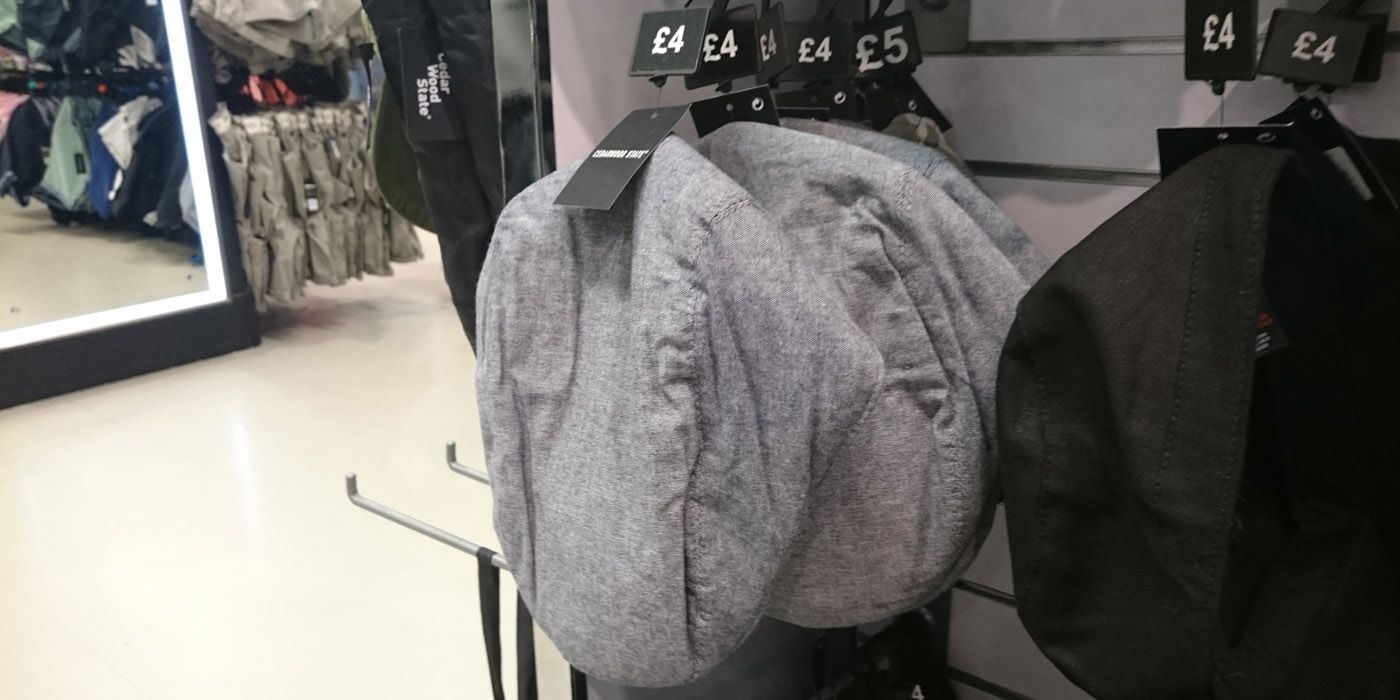 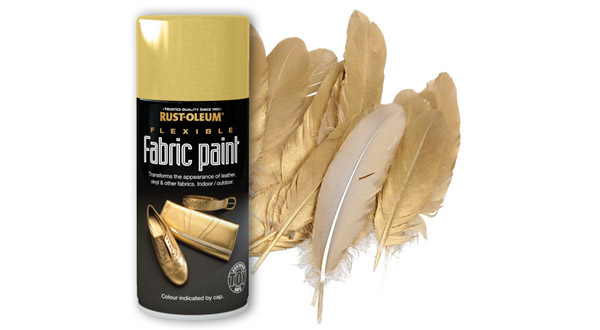 The hat got a couple of coats of Rust-Oleum Gold Fabric Spray Paint – pricy, but works like a charm – while I waited for the golden goose feathers to arrive from Amazon.
Punched some holes through the outer lining of the cap using scissors, then slotted some feathers in. Fanned them out a bit, put a second hole behind the first for another row of feathers… they didn’t even need glueing in!

You there, Lord of the Rings

I didn’t know everyone attending the Stag Do, so I thought name badges would be a good idea.
That idea then warped into “make them wear Lord Of The Rings character badges”.
This doesn’t help when you don’t know all the character’s names, but what the hey, s’fun.

Photos from the internet were printed out, then backed onto gold card and cut out into circles.
The Range (one of the GOAT shops for these tasks) sells adhesive brooch badge backings, so I could turn them into badges on the go. 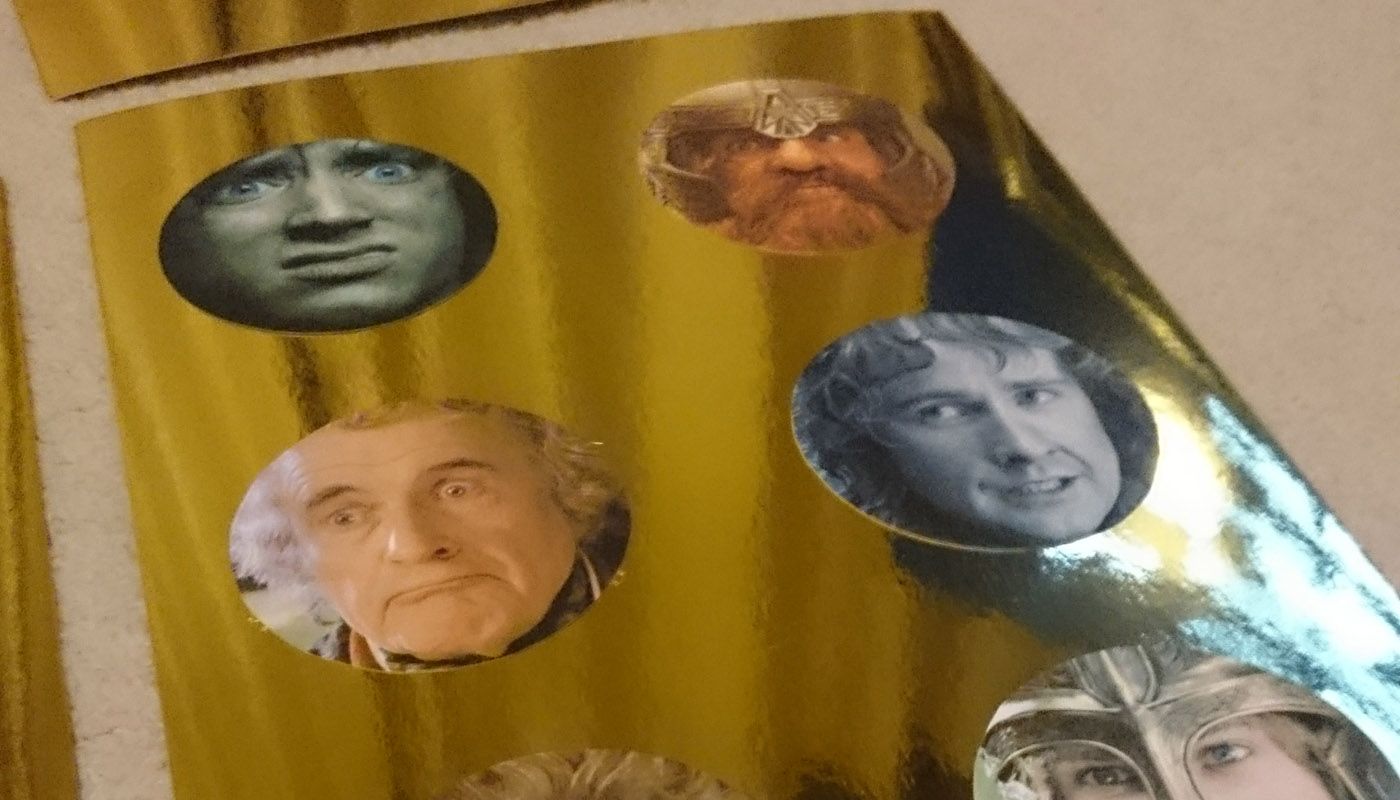 More importantly, all of them got a pair of googly eyes (except Sauron; he got one).
My favourites included furious Gimli, majestic Shadowfax, and hot Denethor II.

I made more than needing and took them in a bag, letting the stags choose their monicker in a Lucky Dip.

Later on, they were attacked by dinosaur stickers. 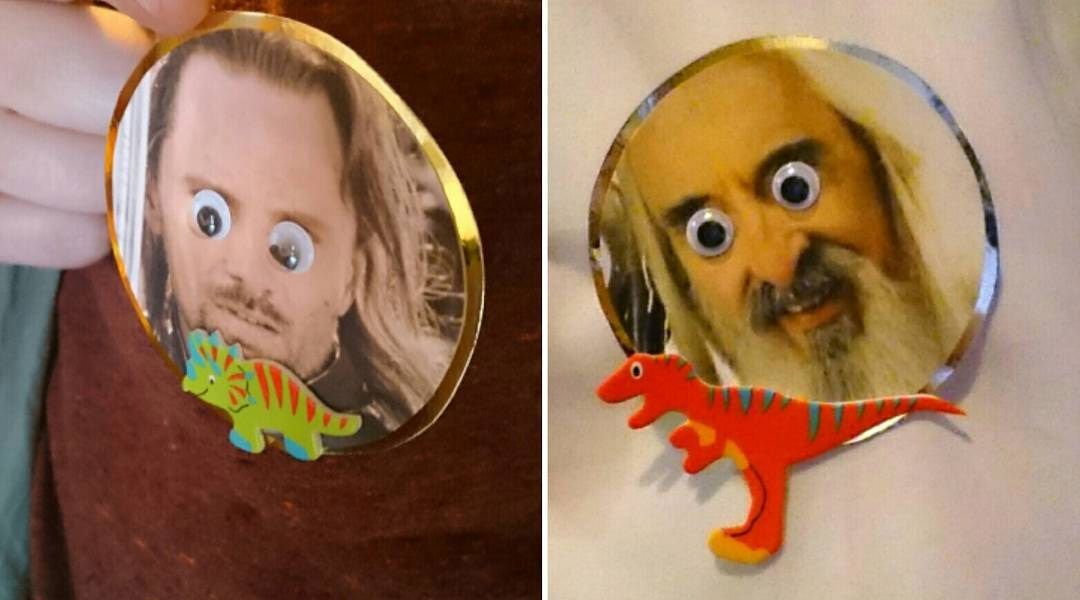 A minor one – Mr and Mrs question cards!
A logo I found on Google Images, combined with the Word doc of questions and answers I received from the fiancée, all laid out and spruced up in Illustrator, then printed out onto card and cut out.
For every question the Groom got wrong, he received a rose clip in his hair. He got 4 out of 10 right. Groom looked pretty.

I’ll do one more post about creations for the wedding itself, and then that’s that for these guys…