A couple of friends had their first child this week – a baby boy – and there was much rejoicing.

This card came together around Easter-time, hence the theme. The main decoration is felt, with pen for the eyes and mouths. Kids love felt. Lightly concerned that kids love to eat everything too, considering UHU binds it together. I rounded the corners at least.

The process of construction was roundabout…

One Tweet from the mother playfully admonished “silly Daddy” for buying the baby a Hawaiian shirt. Well now I had to put this doodle inside…

…yes, the shirt vaguely matches the pic in the Tweet. 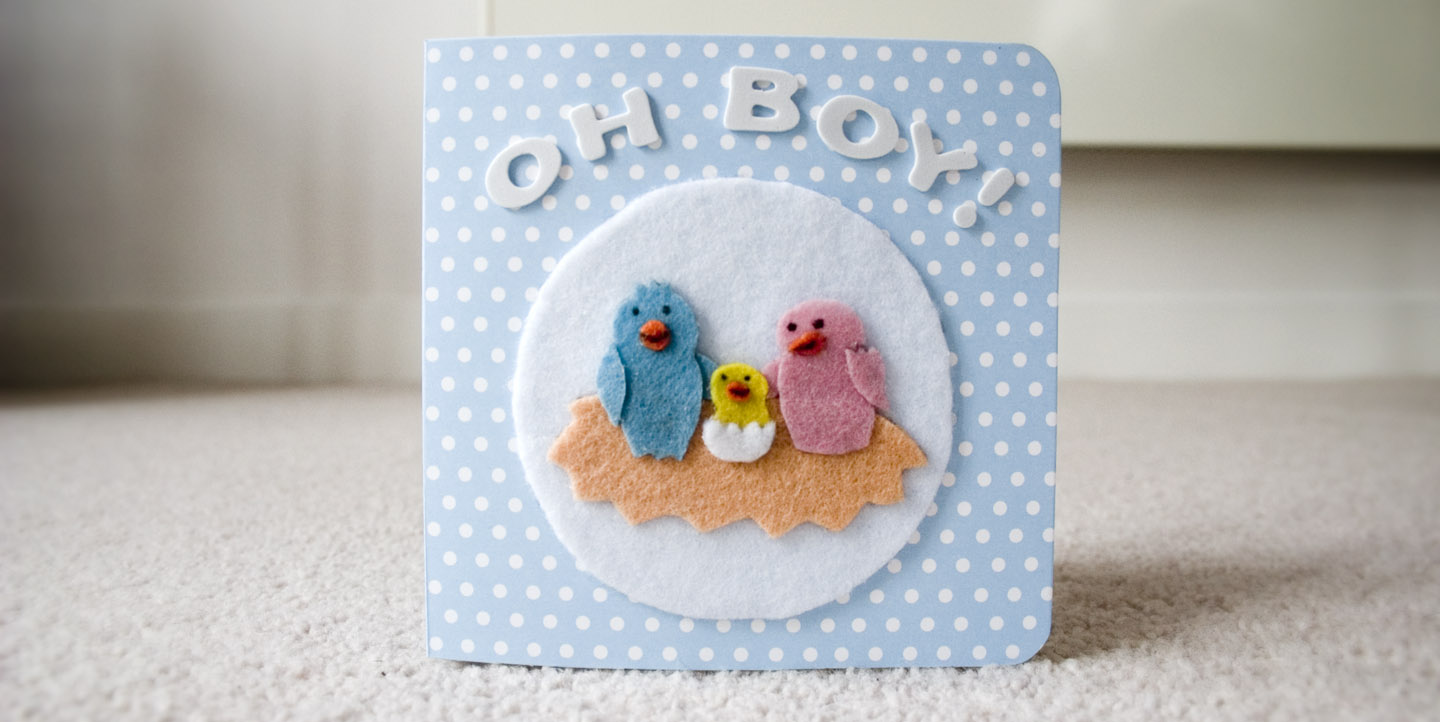 The polka-dot card pack held both blue and pink card: The couple knew what sex their child would be, and the doctor’s weren’t wrong, but it’s nice of the card companies to encourage a backup plan. It’s also handy that baby chicks are yellow, not gender coloured.

I decided last year to make ‘backup copies’ of my cards. This time it obviously took a little longer to create a clone, but as i’d learned the ropes a little, the second card was slightly neater – it was the one I posted.

Granted, other gifts to the newly-doting pair have more utility – nappies, tiny socks, etc. I’ve not had any parent / uncle / godfather duties in my life yet, so I trust their relations and inner circle have it all under control, and simply wish them the best.