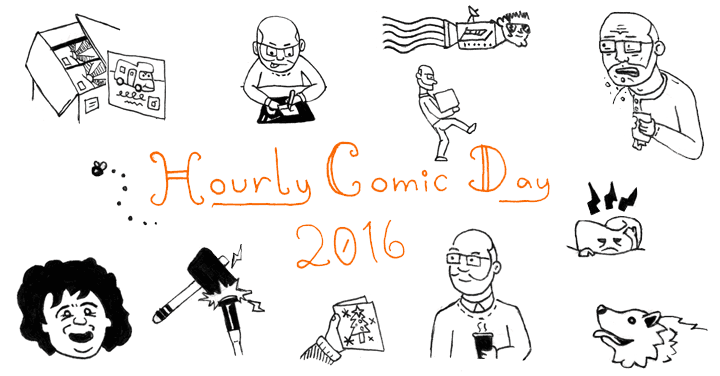 Usual disclaimer: I take notes and doodle later, so this is more of an annual Diary Comic for me. Reassuringly, one of the big-name artists did similar for 2016:

I did my #hourlycomicday in a series of notes and scribbles but only got to doing the actual drawings today…Better late than never, right?

The last few nights have seen notes sorting, pencils, inks, scanning, digital cleanup, making the subpage, and typing this up (this, here, now).

Check #HourlyComicDay for much, much more.

One last thing – I adapted my favourite panel to use as a profile picture. 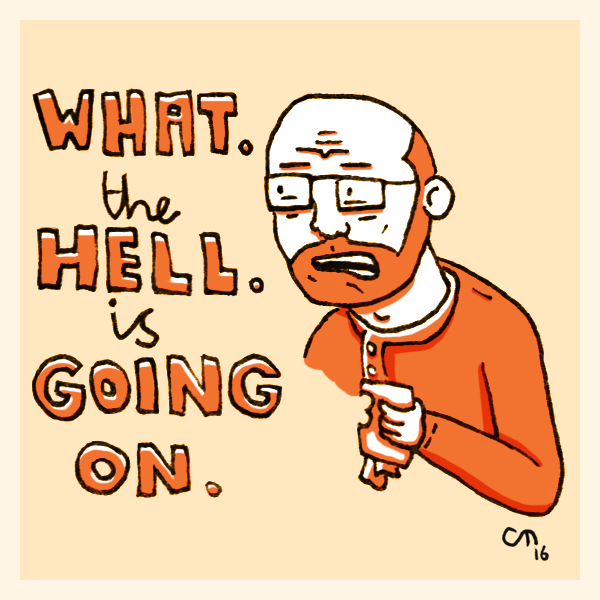 That’s it for another year – Get out!